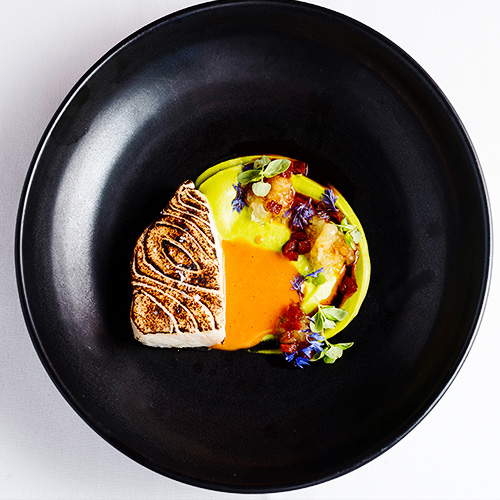 Steeped in history, Darley’s Restaurant is set in the heritage listed, original homestead of Sir Frederick Darley, the sixth Chief Justice of NSW and is a tribute to a bygone era.

Sir Fredrick Matthew Darley was born in 1830 in Dublin, Ireland. He married his wife, Lucy Forest Brown, in December 1860, who was born in Melbourne. They met while she was traveling with her brother to England.

He arrived in Australia in 1862, on the advice of the Chief Justice of NSW who convinced him that he would further his career in the colony. Sir Frederick was knighted in 1887, and served five times as Lieutenant Governor of NSW, one such term spanning of the Commonwealth of Australia of 1901.

In August 1888 Sir Frederick Darley purchased over 11 acres of land adjacent to Echo Point in Katoomba. He built a summer residence for the family over the year of 1889, designed by architect Varney Parkes (son of Henry Parkes).The Darleys had seven children, five daughters and two sons, and it was Lilian, who died of tuberculosis at age 22, for whom the Katoomba property was named.

The property was used for a summer residence and nearly every noted visitor to Australia accepted the Darleys’ hospitality enjoying the magnificent outlook. Royalty, Vice Royalty and Princes of Statesmanship, Jurisprudence, Science and Art came in to view the Mountains from the magnificent vantage point at Lilianfels.

Before his death, Sir Frederick sold Lilianfels to George Begg Vickery in 1908, and again over the next 4 years Lilianfels was used as a summer residence only. In 1912 Mr Albert A Kemp of Sydney purchased Lilianfels and for the first time the house was used as a permanent residence. Mr Kemp was the first to subdivide the original land parcel, and sold the property in 1920.

It is assumed the house was named Lilianfels is in honour of Lilian, coupled with the German fels for high land.  Darley’s Restaurant is situated in the original Lilianfels House, which was built over 100 years ago. The restaurant has recently undergone a fresh refurbishment and still resides at Lilianfels Resort and Spa.